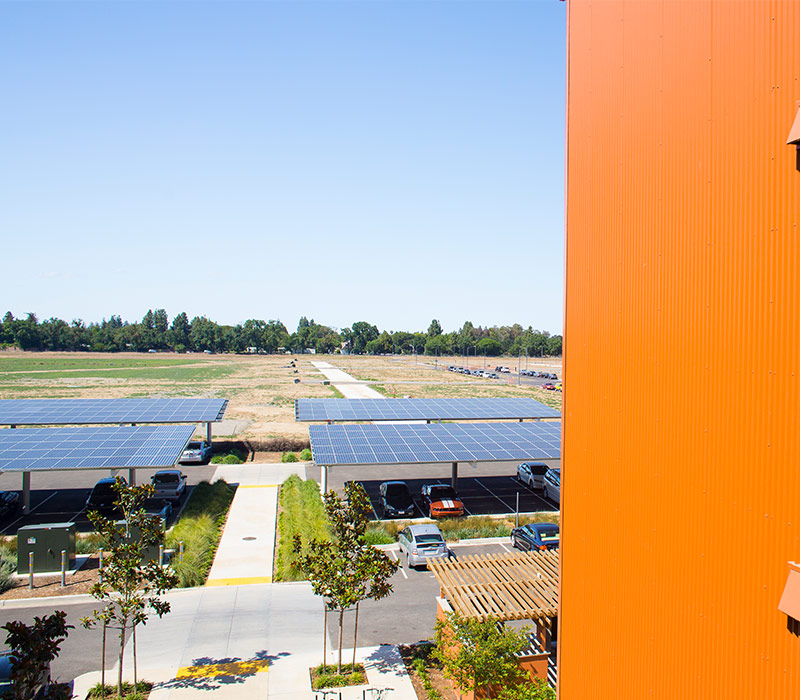 As a signatory to the Task Force on Climate-related Financial Disclosures (TCFD), UC published its inaugural TCFD report, which lays out the climate-related risks to UC’s investment portfolio and the strategies and metrics it has developed to address them.

For several years, UC has tracked and made public the carbon footprint of its public equities holdings. This past year, the University added corporate debt holdings into its carbon footprint metric, thereby expanding the coverage of UC’s carbon footprint to roughly 78% (by dollar value) of the pension, endowment, working capital and Blue and Gold products.

As of June 31, 2021, the Weighted Average Carbon Intensity (WACI) footprint of UC’s public equities/corporate debt portfolio was 124.3 tons of greenhouse gas emissions (CO₂e) per million dollars of sales. Due in part to UC’s de minimis holdings in fossil fuel reserve–owning assets, UC’s WACI footprint was significantly lower than if UC had still owned such assets, as the vast majority of investors do.

Engaging the Financial and Auto Sectors

As a shareholder in thousands of publicly traded companies around the world, UC seeks to minimize the risks that climate change poses to its investments. That was why, in 2019, UC joined Climate Action 100+, a coalition of institutional investors focused on improving climate change governance at companies facing the greatest transition risks from climate change.

UC engages with companies that face potential material risks from the transition to a low-carbon economy, including those in the financial, automobile manufacturing and marine transportation sectors. Working with a coalition of other large investors, and through the Bank of Montreal’s responsible engagement overlay service, UC advocates that companies in which it invests develop and report business-relevant metrics on climate change and take actions to decarbonize their businesses.

In part as a result of UC’s sustained shareholder engagement efforts (in collaboration with other Climate Action 100+ signatories), General Motors Company announced in early 2021 its goal of achieving carbon neutrality by 2040 across all products and operations.

Innovative companies need access to capital in the early stages of their development. UC is proud to be an anchor funder of early stage climate tech companies, putting over $100 million of UC’s capital to work through Congruent Ventures and the MIT Engine Fund.

Renewable Energy Investments around the world

Over 2.6 gigawatts of wind, solar and battery storage installed in the US, Canada, Ireland, India and Japan due to UC’s cumulative investment.

The efficient use of energy and water is a key component of controlling operational and maintenance costs in buildings, delivering superior performance and helping to make the transition to a low-carbon economy. Of the commercial office buildings in which UC owns a majority stake — valued at approximately $936 million — 51% (by dollar value) are LEED certified or Energy Star rated.