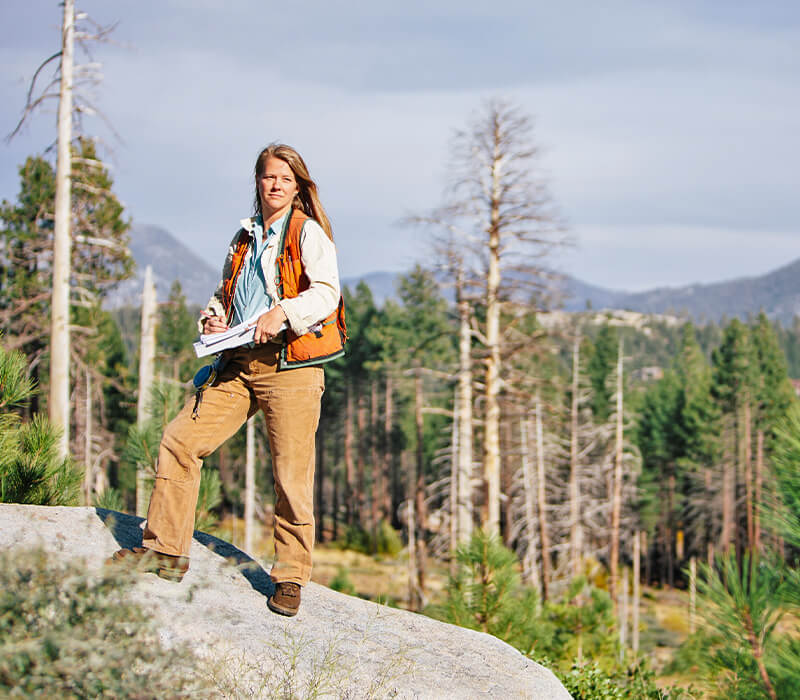 Climate change poses material risks to investors. Over the past year, UC continued to take significant actions to assess and reduce the risks to its investment portfolio.

As a signatory to the Task Force on Climate-related Financial Disclosures (TCFD), UC articulated the climate-related risks to its investment portfolio and the strategies and metrics it has developed to address them in its 2021 and 2022 TCFD reports. The University updated the carbon footprint metrics to reflect its investments as of July 31, 2022. UC Investments tracks and makes public the carbon footprint of its public equities and corporate debt holdings, which amount to roughly 73% (by dollar value) of the pension, retirement savings plan, endowment and working capital products.

Addressing Climate Risk as a Shareholder

As a shareholder in thousands of publicly traded companies around the world, UC seeks to minimize the risks that climate change poses to its investments. That was why, in 2019, UC joined Climate Action 100+, a coalition of institutional investors focused on improving climate change governance at 167 companies facing the greatest transition risks from climate change.

One such company is Volkswagen AG. UC, through the responsible engagement overlay service, is the Climate Action 100+ lead investor for engaging with Volkswagen on the material risks it faces from the global transition to a low-carbon economy. In the past year, UC continued its sustained shareholder advocacy with Volkswagen. Partly as a result of UC’s efforts, Volkswagen set new scope 1 and 2 emissions reduction targets, which will result in reducing emissions from its own production facilities by 50% by 2030. These targets are deemed by the Science Based Targets initiative to be aligned with 1.5 degrees Celsius of global warming.

In addition to Volkswagen, UC advocated with roughly 500 other companies in which it invests to develop and report business-relevant metrics on climate change and take actions to decarbonize their businesses.

Innovative companies need access to capital in the early stages of their development. UC is proud to be an anchor funder of early-stage climate tech companies, putting approximately $175 million of UC’s capital to work through Congruent Ventures and the MIT Engine Fund.

Renewable Energy Investments Around the World

Over 2.7 gigawatts of wind, solar and battery storage have been installed in the U.S., Canada, Ireland, India and Japan due to UC’s cumulative investment.

The efficient use of energy and water is a key component of controlling operational and maintenance costs in buildings, delivering superior performance and helping to make the transition to a low-carbon economy. Of the commercial office buildings in which UC owns a majority stake, 34% by dollar value (approximately $696 million) are LEED certified or Energy Star rated. This percentage is down from 51% last year, due to the sale of several LEED-certified properties.